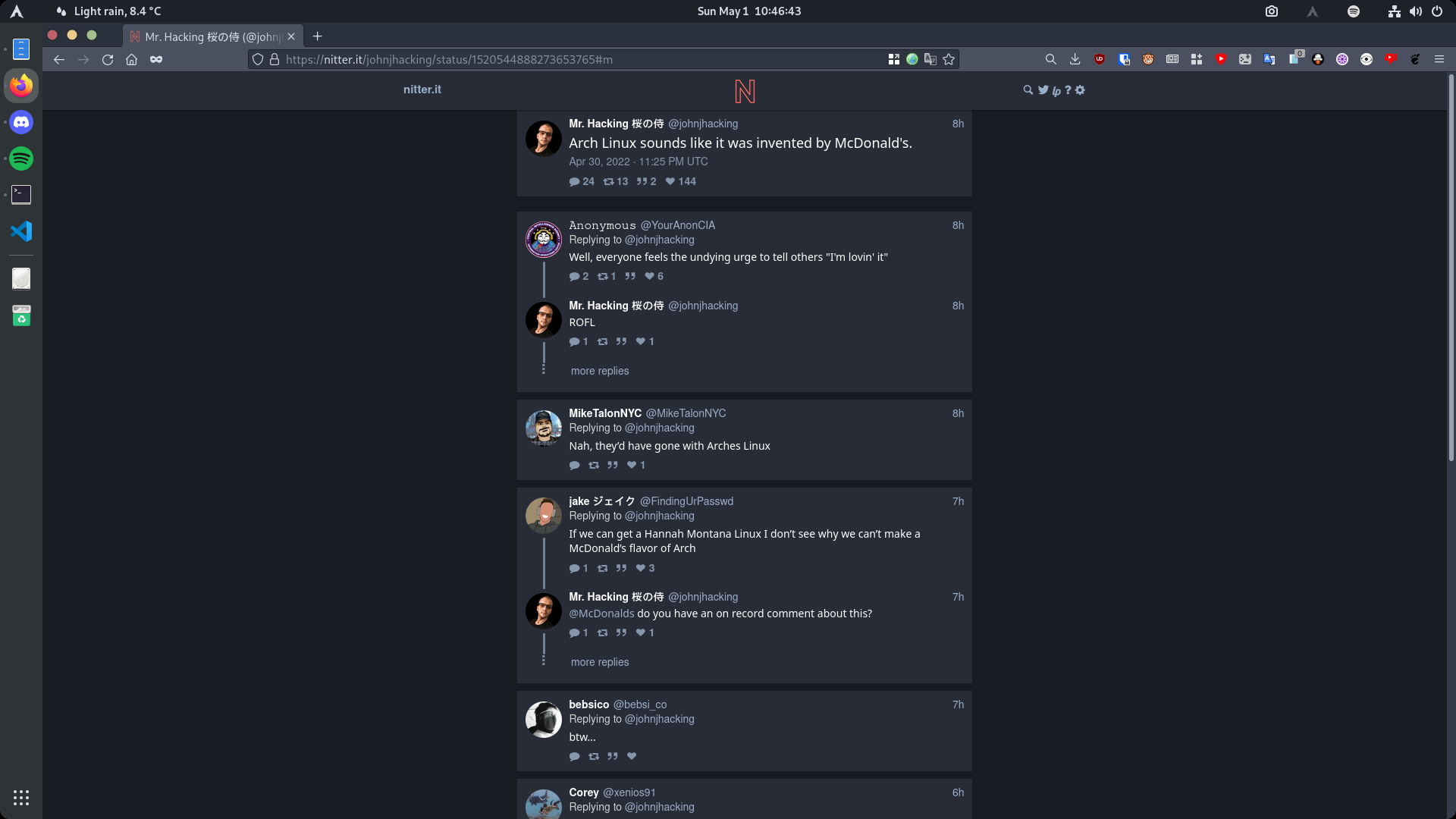 My Arch and Firefox Setup.

My desktop is where I do most of my work.
Right now it's running Windows 10 LTSC and Arch Linux.

I've been gaming more lately and the Logitech G29 doesn't work very well on Linux nor does TruckersMP.

I no longer use my desktop as a server, as it just takes too much power. I have moved my stuff to actual servers.

RAM: 20 GB, Some Kingston some SK-Hynix 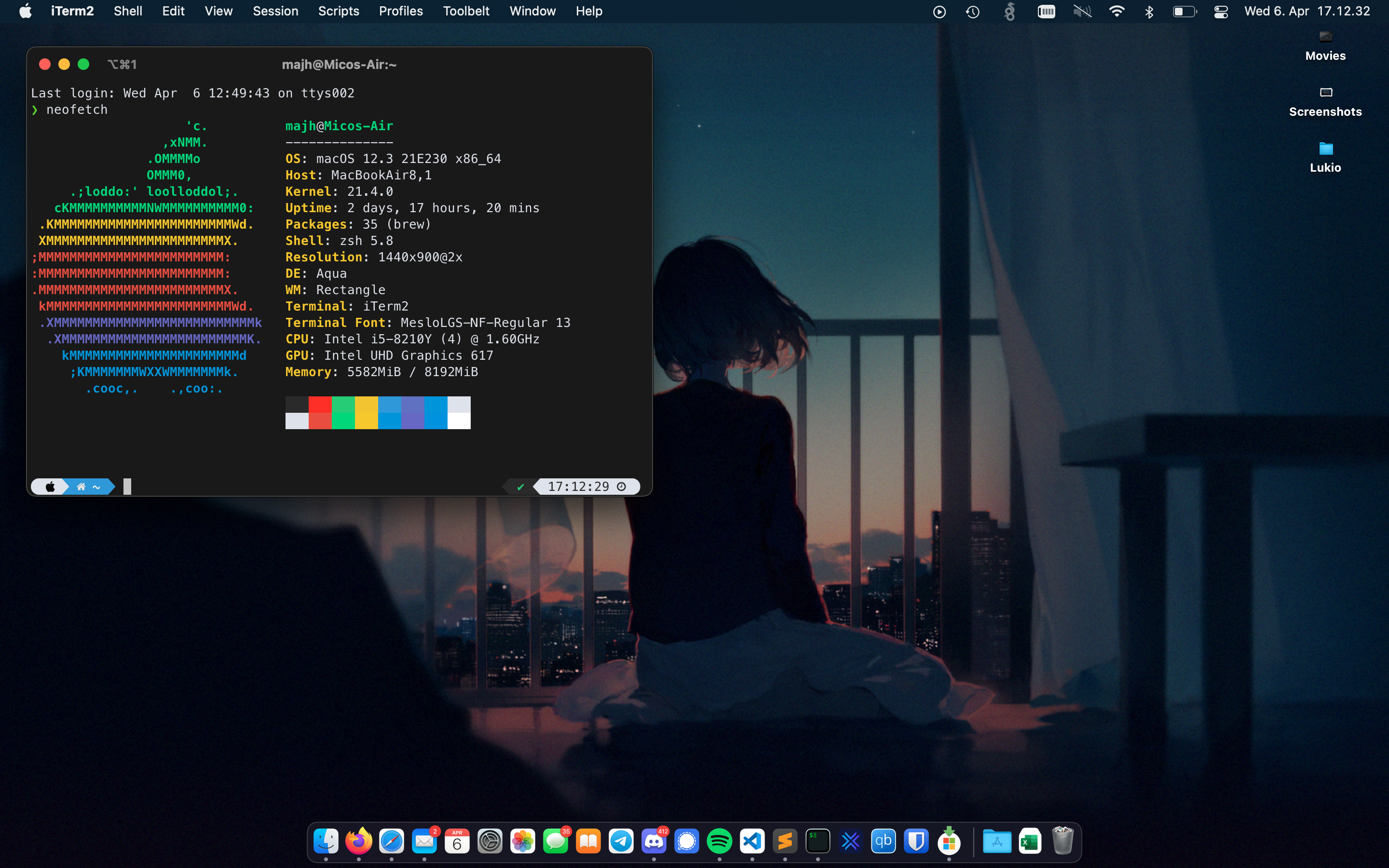 My laptop is a 2018 MacBook Air running macOS Monterey. It's a good enough laptop for my needs.
I mainly use it for school, coding and watching videos.

It isn't much customized, but i use Rectangle as my window manager.

For my terminal I use iTerm2 and Oh My Zsh to customize it. The color theme I'm using is Brogrammer.

The i5 in there is very weak, it takes forever to open Safari and loading any heavy site takes upwards of 10 seconds.

Fun fact: My iPhone is more powerful than it.

Specs: Look at the neofetch lawl. Mac specs are not interesting.

This is the server from which you are seeing this website from and it is hosted by Hetzner in Finland.

This runs all of my self-hosted things, private and public. Surprisingly the CPU is still pretty capable.

Storage: 480Gb Micron Datacenter SSD, 2x 2TB Enterprise HDD (in RAID0), I know it's a bad idea but I need that storage.